Witch (魔女,まじょ) are women who have an ability to use magic. Witches are the main recurring plot of Luminous Arc Series.

Witches are the main problem in this game, or at least according to Kingston. They are actually countermeasures against Zehaal, created by the world itself and paired with a Rym. They are seven elemental witches in the first game. Each of them varies in appearance from indistinguishable from humans like Lucia and Cecille, with elven-like ears like Vanessa, Vivi, Mavi and Claire or an appearance that completely indicate that they aren't human like Mel. Also, there is a manmade witch named Iris, who was once a young girl that became the cyborg "Steel Witch". Alice and Therese, while called witches and capable of using magic, are actually humans, a fact mentioned by Claire.

The witches can cast magic spells and are able to use Runes. Also the Lapistiers in this game all correspond to the element of on of the Witches. 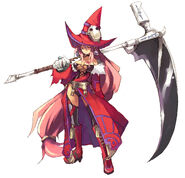 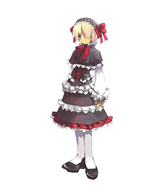 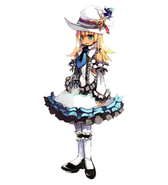 Iris, the Steel Witch
Add a photo to this gallery

According to Rina, anybody can become Witch as long as they want to study to become one, although Steiner reveals that only persons with a specific higher brain function are capable of using magic, which is the reason why the Runic Engine 2.0 crystallizes everyone who overuses it. There are also six special Witches called Elemental Witches in this game as well as a seventh, the Nocturne Witch, although said one is not an Elemental Witch. 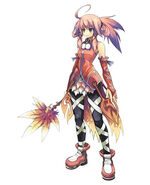 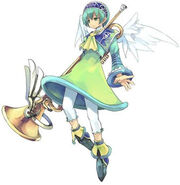 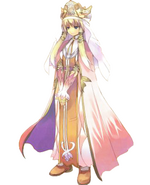 Elicia, the Dark Queen
Add a photo to this gallery

In this game, Witches had ceased to exist, but their legacy lives on through the "Magi". Their are two people who are associated with witches. One is Sarah, a girl who wanted to become the legendary witch and the Holy Witch Sylvia (who shared the same appearance as Fatima but the two are different people), who reincarnated into Aulmorde the Arche.

List of Witches and associate in Luminous Arc 3Edit

Sylvia, the Holy Witch
Add a photo to this gallery

Violet is the only main character to be a witch.

List of Witches and associate in Luminous Arc InfinityEdit 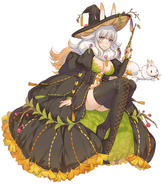 Violet the Witch
Add a photo to this gallery

Retrieved from "https://luminousarc.fandom.com/wiki/Witch?oldid=10169"
Community content is available under CC-BY-SA unless otherwise noted.